Ovum is the Official Research Partner for the Future Edtech Conference, taking place in London between 2-3 June 2015.

Informed by input from our expert Advisory Board and exclusive Analysts’ insight, this two-day conference will have the impact lacking from larger, less focused events.  You will be able to maximise the return on your time out of the office and tailor your conference itinerary around your most pressing knowledge gathering and networking needs.

A unique opportunity for:

Visit the website for more information about the event and to view  our fantastic lineup of speakers!

CES 2015: Ovum’s take on the major news and themes of the show

They will assess the implications for telecoms operators, media companies, technology companies, and device manufacturers as well as looking forward to how CES trends will shape 2015.

Key questions this webinar will answer:

Urban IoT: what is it, and what does it mean for cities and citizens? 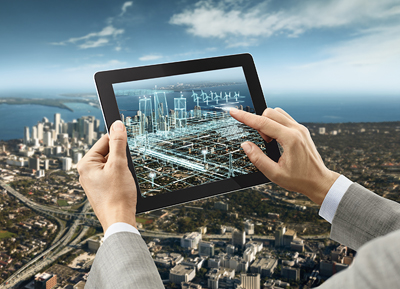 The Internet of Things (IoT) is everywhere. As recognised by its position at the very peak of inflated expectations on Gartner’s 2014 Hype Cycle for emerging technologies, and the volume of Ovum research taking it into account, anyone working in or with the technological sector in 2015 will not be able to escape it.

A high-level definition of IoT is the ability of ‘things’ (whether that be beings or objects) to be set up to communicate with each other and transfer data without human prompting. IoT-esque technology is well-established in processes such as container tracking and fleet management, but it is increasingly moving into the mainstream in many forms. In this post we’ll be discussing the dawn of urban IoT.

While urban IoT may sound like a buzzword, it is garnering enough attention to pay serious consideration to it. It was mentioned several times during the research period of the Smart to Future Cities Summit 2015, and there has been a queue of volunteers to discuss it at the event. So in the context of a smart city, what does it signify?

One such use is in the energy market. Urban IoT is ready-made for the production and distribution of smart sustainable energy for the city. Energy efficiency and use of renewables is crucial for cities; what city administrations must do is evaluate different technologies and innovations for smart energy, and integrate smart grids into cities. This is where IoT comes into play – when grids ‘think’ for themselves, storing energy from renewable and traditional sources, and supplying it where appropriate and required, energy becomes more efficient, reducing the city’s carbon footprint.

Another practical use for urban IoT is in Assisted Living, specifically by exploiting IoT and ICT software to enable patients to receive medical care and support at home. Integrating smart home, telecare and smart city technologies and services will meet the needs of aging populations within cities, developing services that enable elderly people to live independently, improving their standard of living.

Central to urban IoT (and IoT generally) is the sheer amount of data generated, and management of this Big Data. This can be done by adding an intelligence layer to existing city infrastructure, and/or by building IoT frameworks in to city platforms, allowing cities to manage real time data, and effectively analyse urban data. Moreover, there is a public safety requirement: effectively managing and processing large volumes of data gives public safety personnel the optimum tools and information to respond to critical situations, enhancing city resilience. If these personnel can access data to enhance situational awareness; integrate and visualise data from different sources to identify risk; link data to first responders smart phones, their job becomes easier and a city becomes safer. The automated nature of IoT is ready-made for this application. 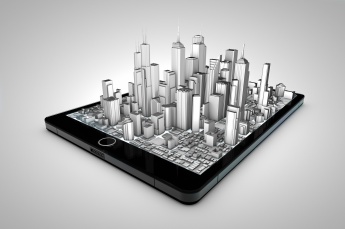 These are just a few examples of how urban IoT and Smart Cities go hand in hand. What national governments and supra-national organisations have uppermost in their mind is developing standards and protocols for future city governance and IoT management. This includes creating frameworks of best practice for smart city projects, collaboration on city services, managing risks and resilience in developing smarter cities and communities, and developing a city protocol as a practical way to effectively manage urban IoT.

Over and above all this, however, we must not overlook the human factor. As IoT and wearable technology becomes more a part of the daily life of the inhabitants of cities, technological development in the fabric of the city will feel more natural to them. Therefore if urban IoT enables smart citizens in the resilient, smart city, it has met its objectives. Watch this space.

Find out more about urban IoT at Smart to Future Cities Summit 2015, London, 28-29 April, where 50+ industry leaders, including 19 global smart city case studies, will present their view of the smart city market. City/government administrations can claim a complimentary pass.

Ovum’s “On the Radar” brand is all about technology innovation, highlighting the innovative ideas, products, or business models that enable end-user organizations to create real value in their businesses. Entries for the 3rd annual “On the Radar” Awards are now open, to recognize outstanding companies for their innovative use of technology. They will be awarded after the first day of Ovum Industry Congress, on 12th May 2015.

The Awards are open to end-user enterprises, who can either nominate themselves, or can work with a project supplier to submit an entry in the following categories:

If your organisation excels in any of the above areas, then that excellence deserves to be recognised by the IT industry. These awards are open to global organisations, not just those in the UK. If you would like the opportunity to be considered for the awards shortlist, click here to enter, with the following entry questions in mind:

Each nomination will be judged on how the end-user has utilised technology to generate significant business value. Judges will pay particular attention to the measurement program, how the organization learned to adopt the technology and the business value it delivered.

The deadline for entries is Friday 13th March 2015. There is no fee to enter, and shortlisted organisations receive two passes to the awards ceremony.

Here are the 2014 categories and winners:

Sacramento Municipal Utility District, for data integration and geospatial analytics for a smart grid project, in association with Space-Time Insight

Cambia Health Solutions, for their collaboration platform to drive innovation strategy, in association with SpigitEngage

Turbid Stormwater Solutions, for their IoT solution for remote management of sediment basins, in association with Xively

Dowling, Aaron & Keyler Inc, for Information security for mobile devices in the legal profession, in association with Airwatch

Posted in awards, enterprise it, on the radar, ovum

Tagged awards, enterprise it, on the radar, ovum research